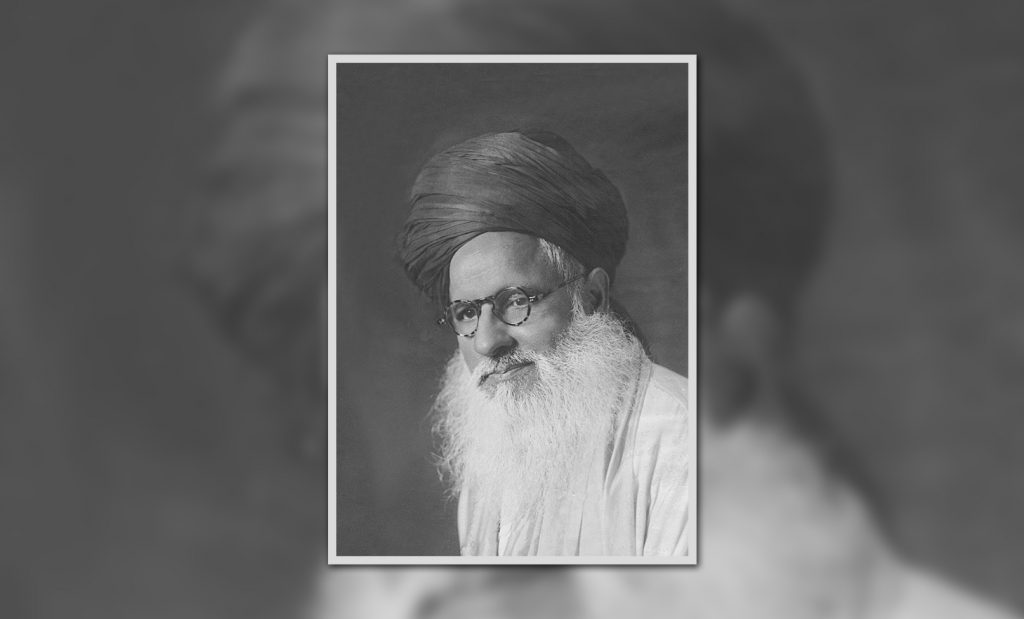 His Eminence Maulana Shah’ Muhammed Abdul Aleem Siddiqui (R.A) was a famous preacher of Islam to the far flung countries for about 40 years. Thousands of non Muslims In Asia, Africa, Europe and America embraced Islam at his hands. Millions of Muslims received religious and worldly blessings through his dynamic and refulgent personality. Numerous Islamic missionary societies, mosques, schools and hospitals, libraries, infirmaries, orphanages and periodicals sprang in the wake of his Immortal missionary labors.
His Eminence was born at Meerut (UP-Province of Indo Pakistan Sub-continental), on 3rd April, 1892. Endowed with unusual intelligence exceptional memory, he completed his studies in Dars-e-Nizami, (a course of Islamic theological studies), at the age of sixteen. After the completion of Dars-e-Nizami acquired his modern education and obtained his Bachelors degree with distinction from Meerut College in 1917.

He did not discontinue his religious studies while acquiring modern education. He devoted himself simultaneously and especially during vacations to advance Islamic studies. In fact he continued it many years even after he had entered the field as religious leader and amassed further knowledge in Islamic law at Mecca and Medina through discussion with Muslim scholars. Missionary Work:

He began his work of preaching as soon as he had completed his theology studies. Among the countries he visited were Burma, Sri Lanka, Malaysia, Indonesia, Thailand, Viet Nam, China, Japan, the Philippines, Madagascar, South Africa, Portuguese East Africa, now Angola, Kenya. Tanzania, Guyana. Suriname, USA and Canada etc. Wherever he went he encountered dissensions, religious backwardness, ignorance of higher Islamic values, absence of planning on a large scale among Muslims and hatred of Islam among non-Muslims.

Every where he had to carve out his path in stony rocks and had to raise the edifice of his great message almost on virgin soil. The inexhaustible treasure of his moral earnestness, his profound sincerity, his deep piety, his versatile, knowledge and his matchless smile out matched the difficulties.

His thundering but musical voice proved a magical influence in awakening somnolent humanity. His clarion call for the establishment of righteousness and the effacement of sin for the adoption of good, for the enthronement of harmony and the dethronement of strife echoed over mountains and plains across green valleys and sandy deserts in the orient as well as in the Occident among the ‘whites as well as among the blacks. His travels around the globe brought the message of peace to millions of human souls. His visits every where gave new impetus to the religious fervor of the people.

As already been stated above, his eminence visited different parts of the world several times where he delivered lectures, presided over Educational Conferences, worked for the erection of mosque, strived hard to organize the Ulema, exposed false Qadiani beliefs and held discourses with eminent Hindus and Christians.

His Eminence also held discussions with Sultan lbn-e-Saud at Mecca, on the difficulties experienced by European converts in performing Hajj. He also exchanged thoughts with Muslim leaders from all over the world about the Improvement of conditions prevailing in the Hedjaz and conveyed the message of Islam to the non-Muslims of all the previously named countries.

He wrote about one and a half dozen books in Arabic Urdu and English. Great Islamic Scholar and Sufi Shaykh Maulana Shah Muhammad Abdul Aleem Siddique al Qadiri (R.A) next to his son, Maulana Shah Ahmad Noorani Siddique al-Qadiri (R.A).

His Eminence worked with single minded and physical assistance of his son-in- law Dr. Maulana Fazlur Rahman Ansari with complete devotion for the cause of Islam and humanity until his noble soul returned to Allan’s mercy on 22nd Zillhij 1372 A, H, (August 22, 1954) Medina Tayabba.