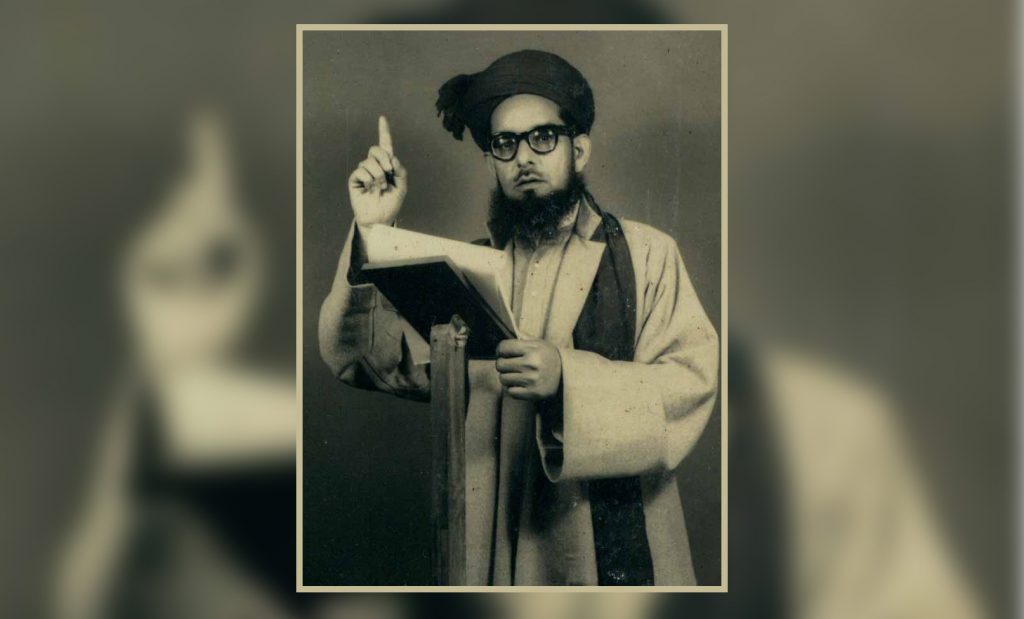 In a recent interview, Dr Ataur Rehman, an eminent Pakistani educationist of repute, stated that the technological advancement achieved till to date beginning the advent of Man on earth, will be doubled in the next ten year period. Irrespective of the authenticity or the accuracy of this statement, the prophecy seemingly appears to be logical and close to truth given the exponential progression of human understanding, innovation and discoveries in all the fields of scientific thought we bear witness today. The phenomenal advances in the realm of modern day physical sciences and the growing awareness of the intricacies of creation are a tribute to the intellectual potential of the human mind and perpetuate thought processes in affirming the divine magnificence of the ultimate Creator. It is a pity, however, that Muslims who were once the torch bearers of knowledge are now almost nonexistent in that category of scientist and researchers who probed the horizons of knowledge and deemed it their legacy to achieve the highest level of understanding of the universe and its Creator. Regrettably, with the passage of time, the blessing of constructive critical analytical research and reasoning infused through Quranic guidance amongst the Muslims was gradually and unobtrusively lost in oblivion.

Viewed in this back drop, the manifestations of spiritual, moral and physical malaise and inertia, even amongst the intellectual elite representing the Muslim ummah of today, is the upshot of our misunderstood notions about religion emerging from our divergence and callousness to draw strength from the fountains of knowledge and wisdom contained in the Quran and Sunnah. 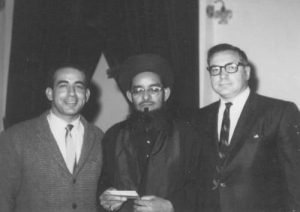 Despite the gigantic strides in the field of physics, philosophy, psychology and mind sciences, the human mind has so far failed to unravel with certitude the deeper mysteries of the metaphysical dimension without the aid of revealed knowledge. The solution always lay in understanding the divine guidance and its application in real time situations.

Dr Hafiz Muhammad Fazlur Rehman Ansari Al Qadri (ra) spent his lifetime understanding and resolving the dilemmas confronting the modern mind and providing exacting solutions to the enigmas which met the critical intellectual requirements of the day. Blessed with a colossal intellect, groomed and nurtured in intimate details of the physical and Metaphysical sciences, and endowed with a mighty spiritual core, he roamed the far corners of the world, spreading the light of wisdom, infusing and synergizing the dynamic essence of orthodox Islam, and disseminating the message through his writings and lectures, as the panacea of all the maladies affecting the human race.

Born in Saharanpur, India on 14th August, 1914, corresponding to 14th Shaban, the illustrious scion of the Ansari clan was a descendent of Hazrat Abu Ayub Ansari (RA) of Medina Munawwara, a companion of the Holy Prophet (saw). On the auspicious day of his birth, his father Muhammed Khalil Ansari, received an epistle from one of his maternal uncles, Maulana Mushtaq, a sufi saint, which stated that he saw the grandfather of Dr Ansari (ra) seated next to Hazrat Ghousul Azam Shaikh Mohiuddin Abdul Qader Al-Gilani (RA) and eminent saints in a circle, all of whom were placing rose flowers in his lap. On inquiry, he was told that they are felicitating him on the arrival of a grandson who will play a major role in illuminating and spreading the message of Islam to the four corners of the world, as a humble devote and a true disciple of the Holy Prophet (saw).

Maulana Mushtaq (ra) wrote that if this is the case, then the child should be named Muhammad Fazlur Rahman and that his formal education should begin with the memorization of the Holy Quran, to be followed by religious and secular education of excellence. The family of Dr Ansari (ra) was considered highly educated, enlightened, and religious. Dr Ansari’s father was known as a strict disciplinarian. Three of the six brothers specialized in engineering sciences in those days.

Dr Ansari (ra) memorized the Holy Quran at the tender age of six and a half years. Reminiscing, my grandmother used to tell me that the young Ansari would not repeat his morning lesson and, when asked, he would repeat the entire lesson of the morning with remarkable ease and without a single mistake. 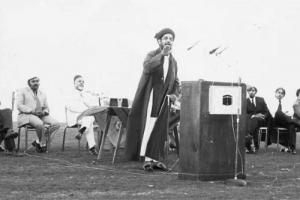 A truly extraordinary child as narrated by his esteemed mother, Husn Ara Begum. His somber countenance and sanguine temperament as a child endeared him to his entire family. His scholastic achievements earned laurels throughout his outstanding educational career in which he was awarded several gold medals in recognition of his achievements. He was named as the ‘best product of Aligarh Muslim University’ and ‘a refulgent star on the firmament of Islamic learning’. Here he continued to create new records of his performance, still unsurpassed and left deep imprints of his ingenious incursions in the domain of philosophy and social sciences besides theology.

His entire life was a true portrayal of a zealous mujahid and missionary of Islam, who raced against time to attain his life mission. The sincerity and intense passion with which he propounded the various facets of dynamic Islam left deep imprints in the sand of time. Verily, the Quran states for such Muslims: And those of faith are overflowing in the love of Allah (2:165).

From his early childhood, his compositions bore the mark of his budding genius as narrated by my grandmother. He wrote beautiful poetry but later gave that up. His style of writing was exquisite whether it was in English, Urdu, Persian, Arabic, or even German. His written expression was exacting and immaculate. His eloquence, rhetoric and communication skills were highly impressive. He was a perfectionist by nature.

His first major debut in serious writing came out in the form of a booklet ‘The Beacon Light of Islam’ at the age of 18 years. His expositions were lucid, direct, logical and appealing. His lasting contribution to humanity was his internationally 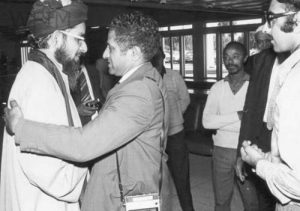 acclaimed magnum opus ‘The Quranic Foundations and Structure of Muslim Society,’ which has no parallel in the history of Islam and provides clear and comprehensive interpretation of Quranic guidance to Muslims to achieve moral excellence with the objective of attaining the pleasure of Allah, the raison d’être of Deen-e-Islam. While writing this book, one could not fail to observe the depth of his concentration and the visible hurry to complete his work in the shortest possible time. One could see that he knew the end was near. He worked very hard throughout his life and the comfort of rest was unknown to him. He always found his bliss in devotion to his life’s mission.

While in his company, one could not fail to observe the immensity of his love and intensity of his devotion to follow in the footsteps of the Holy Prophet (saw) in furtherance of the prophetic mission to inspire and form a single brotherhood as stated in the Quran: The believers are but a single brotherhood (49:10). He was deeply concerned with the problems of disunity and emergence of factions amongst the Muslims and always pleaded and prayed for the unification of the Muslim ummah. Those who knew him well could discern his agony and concern in this context. It was never difficult to fathom his earnest desire to remove the cobwebs of confusion pertaining to Islam, so blatantly obvious in this age of doubt. The questing souls found their elixir in his rationalistic, pragmatic approach per se in resolving their spiritual and intellectual conundrums. Highly receptive, he had the uncanny ability and the spiritual outreach to grasp the core of the problem as if he saw through the individual and respond with the solution commensurate with the intellectual capacity of that person. Modesty, nobility, sincerity of purpose, and humility were the hallmark of his outstanding character and added luster to his charisma and singular charm.